“Amplifying melanated voices is always important whether emphasized this week or not,” says Cutler. “When I thought of handing the Goorin Brothers platform to someone, one of the folks I immediately thought of was Shyan.  I have never seen Shyan play music in person but I watched a video of him perform at the Seattle shop and was taken by the heart and soul of his music.  I felt like his voice was powerful yet soothing.  I wanted to give Shyan the floor to express his voice and music to the Goorin Brothers followers.”

Saturday’s digital performance marks a continuation of a longtime realtionship 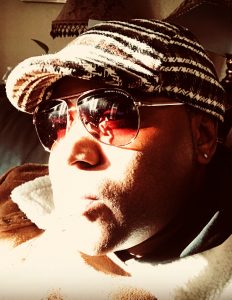 between the creative artist and the unique hat shop which first started in 2012 and has included multiple live performances over the years in the form of exclusive events for influencers in the entertainment, business, sports, and fashion industries.

“I’m a dude that loves hats. To me fashion is art and it carries a tone and personality and nothing does that quite like headwear. I like the Goorin vibe cause there’s a feel for style and a sense of soul in the quality.

I’m looking forward to joining Nicky for this performance and conversation. Seattle and Los Angeles are the cities where I’ve fingerprinted my vibe. We’re in a polarizing era of time in this world and expression through music and conversation is a part of what I do. It’s all too important now that we take moments like this far beyond business and into what’s best.”
– Shyan Selah